Home » Uncategorized » Problems with Over Work

Problems with Over Work

Even though we live in a time where there’s never been more resources in the world, we do have an issue with the amount of work we’re actually doing. Problems with over-work now seem to be a global issue, with people in the west running lives that are simply perpetually busy and workers in China and more emergent economies reaching breaking point.

This article in the New Republic looks at the factors that are currently causing us to overwork and overstress in life, together with some of the implications and difficulties it is causing on a social level.

One of the biggest contributing factors creating problems with over-work is the arrival of the electronic communication culture. This is one of my favourite topics and I’ve discussed it in many blogs in the past. People are unable to turn off from the constant stream of email updates, text messages and phone calls that now even seem to pervade our lives on the weekends.

We find ourselves answering communications even when we don’t want to be online, as we’re frightened we might appear like we’re slacking off or not interested. In business sales this can be the worst feeling, as no salesperson or consultant wants to lose that big deal or contract because they were not fast enough in returning a message.

And this attitude is one that’s filtered down through into service delivery too. Because sales people are so often the driving force behind the commercial aspect of a business, they’ll ask those who work in production to perform at a greater rate or to come back with figures and quotations at the flick of a switch. Commerce all over the world is being pushed into a non-stop frenzy by communications.

Couple this with increasingly monolithic corporate culture. With people now on astronomical salaries there’s a propensity for workplaces to be even more derisive and aggressive than ever before. Leaders are often now more concerned with finding blame and avoiding responsibility that creating an environment that supports innovation and forward thinking.

This has become such a problem in many organisations that there are now moves to make sure that CEOs change every 3-5 years. One of the main driving forces behind this idea is that the board are often afraid of upsetting or moving against the CEO, so they will simply fall in line behind their verdicts and opinions. Such behaviours can ultimately be contrary to the development of the company, as no-one is asking the questions that ultimately lead to an improved service.

So what can you do about overwork? Hypnotherapy can help in the first instance to deal with a number of the symptoms associated with overwork, such as stress, insomnia and the inability to relax. Many people who are suffering from too much work often lose sight of what’s important in life, like family and friends.

CBT and ACT can equally help people who are stuck in patterns of overwork. By re-evaluating your life’s objectives and parameters it is possible to rediscover what’s important to you and what matters in going forward with your life. All too often life has placed an unfair amount of time and pressure on career, because through this we believe we are fulfilling our other obligations in life, when actually the most important thing is to spend time with the people we love the most. 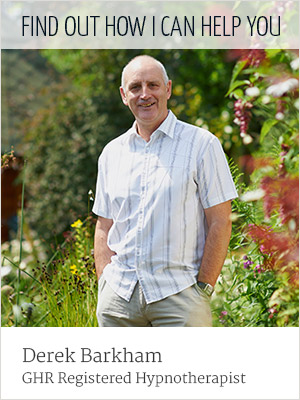